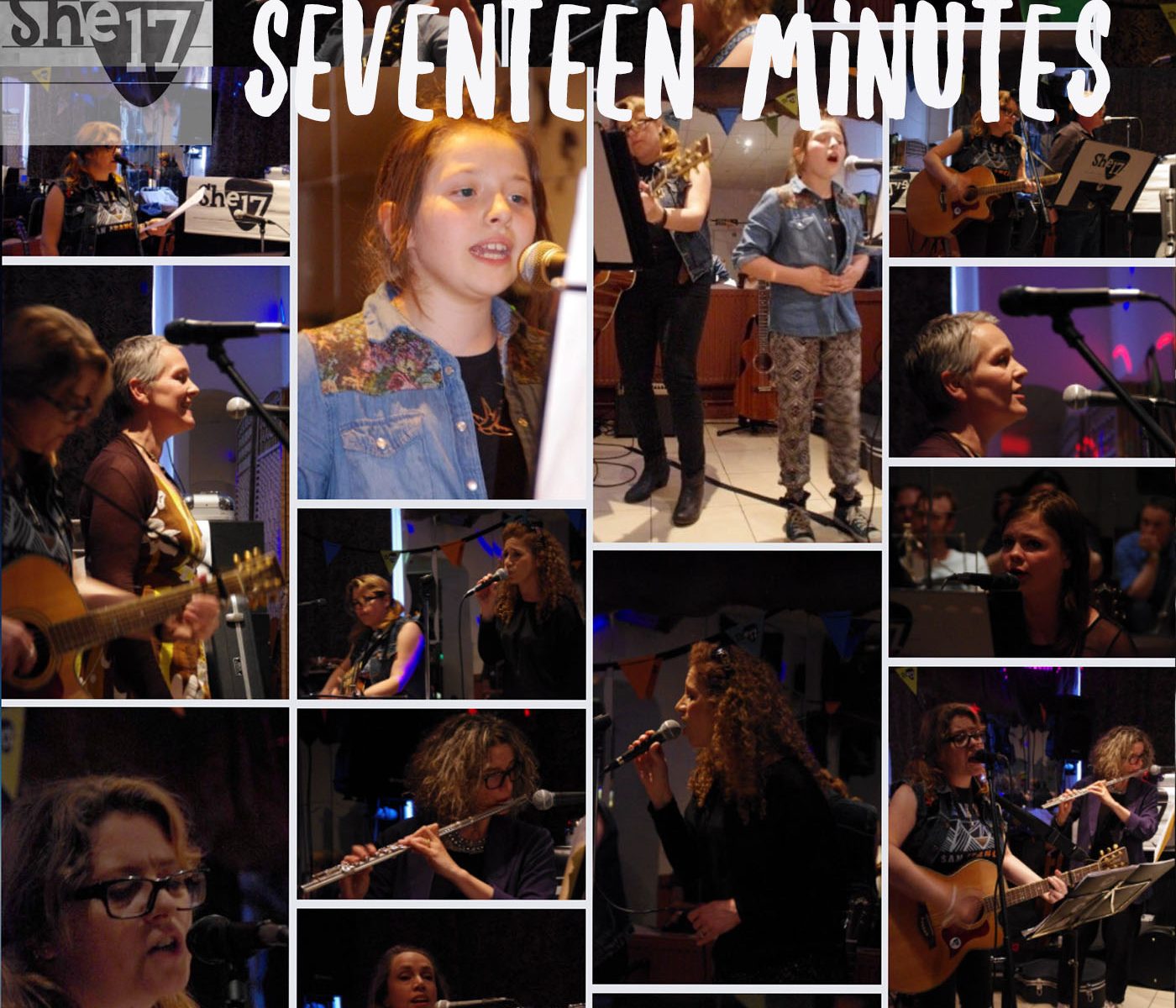 In the current situation as we are unable to safely run and promote live events, we’ve created a nostalgic podcast, all about She17, with most episodes about 17 minutes long, reflecting on our community events and show casing some of the musicians we’ve had the pleasure of hosting. An oral and aural history project, if you like!

These episodes can be found on Podbean, Google and Apple podcasts. All are collated and narrated by Kim Watson, She17 Founder and co-creator.  See of the first four episodes details below. Click on the title to play each episode.

She17 Minutes – Episode 1: in the Beginning

A 17 minute podcast episode all about the humble beginnings of our Walthamstow based live acoustic women’s music project. Featuring a mix of live performances giving a flavour of some of the early events and some behind the scenes rehearsal footage showcasing collaboration, creativity and even a bit of comedy.

A 17 minute podcast about the humble beginnings of our Walthamstow based live acoustic women’s music project. Celebrating She17’s first birthday party in style with a look back to 6 June 2014 and a 17 strong bill, headlined by Emily Barker. With music from Emily Barker, This Is Cleo and Sulk.  Collated and narrated by Kim Watson, She17 Founder and co-creator with special guest: Emily Barker
http://www.emilybarker.com/

This extended episode focuses on the E17 all woman band Lady President, who played regularly at She17 events and other venues in London between 2014 and 2016. Rebecca Jade, Anna Shorten and Kimmi Watson share some favourite memories from their time together rehearsing, recording and performing. The Lady President songs featured in this episode can be heard at https://ladypresident.bandcamp.com