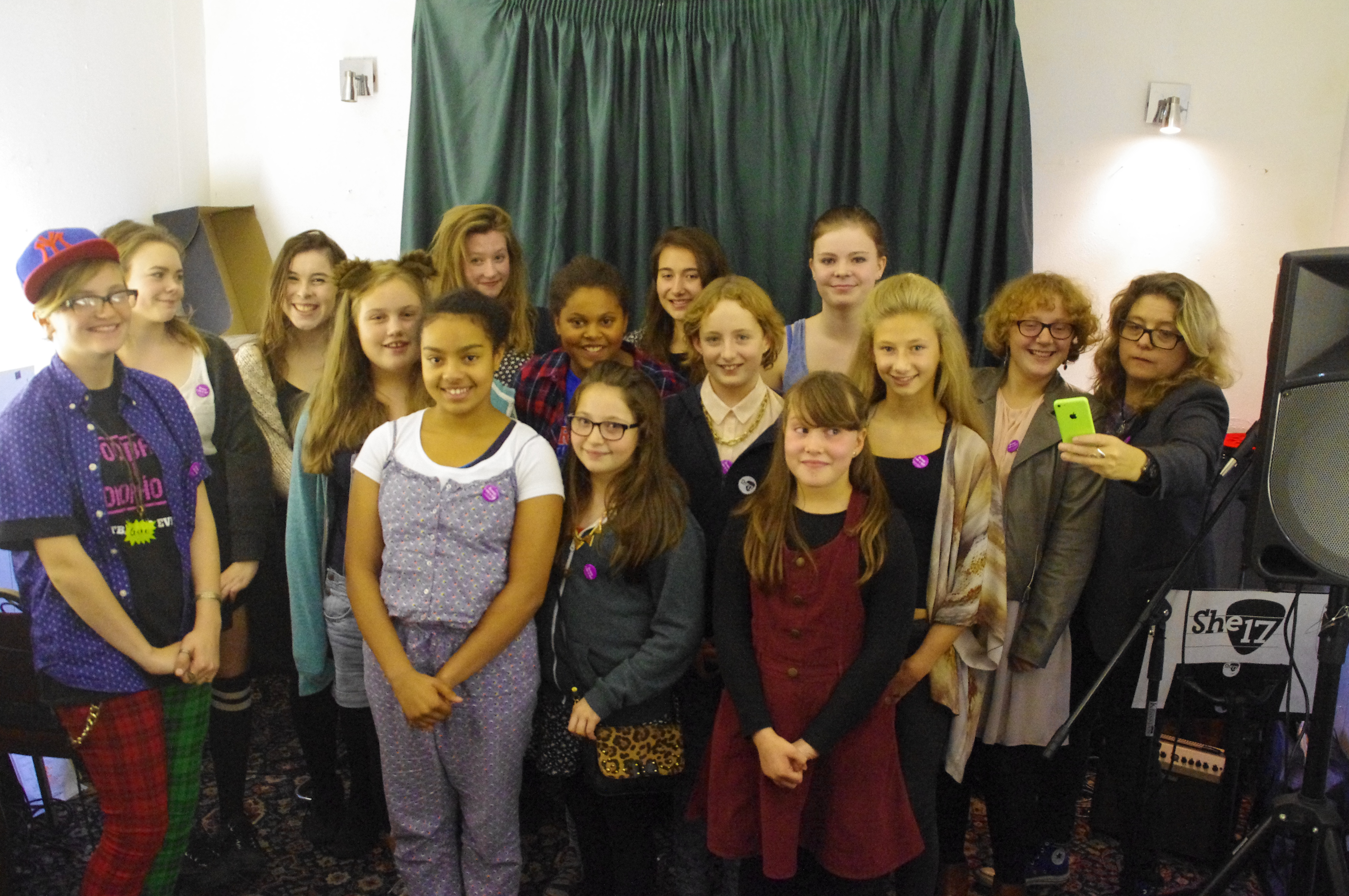 At The Red Room, Rose & Crown pub, on Sunday 12 October 2014 between 2.30-4,30pm our showcase of pre-teen and teen talent successfully raised awareness and funds for Plan UK’s important Because I am A Girl Campaign.

Proceedings were opened by the first of two Walthamstow School For Girls trios. Year 7 girls Leah Marks-Spence, Maddy Hilton and Lizzy Humprhies singing 1000 years, with me accompanying on guitar. 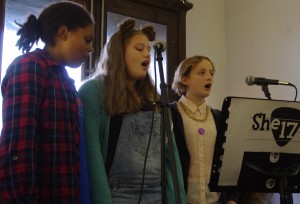 Then sisters  Serena & Tanya Lomax-Reynolds sang and played guitar respectively on Oasis’ Wonderwall, with one of their mums Jane Reynolds on guitar and me adding some bass. 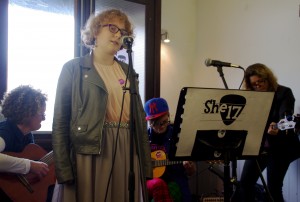 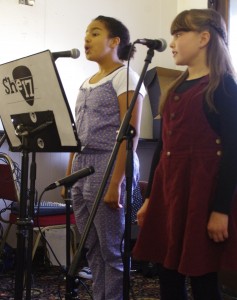 Next up were sisters Matilda and Megan Kurt with mum Sam accompanying them on guitar.  Matilda’s first She17 performance was an impressive rendition of Adele’s Chasing Pavements and her older sister sang a smooth Amy Winehouse cover. 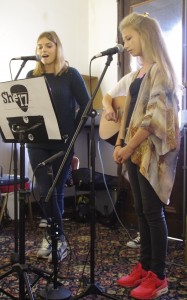 After a 30 minute interval Freya Meadows-Robinson sang and played guitar, performing one of her songs and a cover version too. 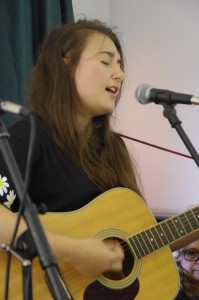 She was followed by the diminutive Lexie Potgieter who wowed the crowd with  Duffy’s Warwick Avenue  Acapella, before reprising Adele’s rolling on the deep, which I had the great pleasure of accompanying her on again. 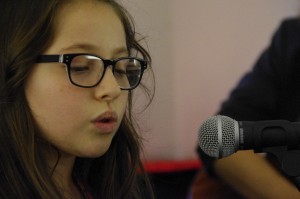 Our older  Walthamstow School For Girls  trio of Mia, Ciarra and Ella next performed Build Me Up Buttercup and another cover, with a combination of classical guitars, uke, whistling and vocals. They also impressed with their resourcefulness in using pencils with hair bands for capos. They are now known as The Pencil Capo Three. 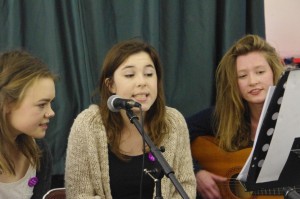 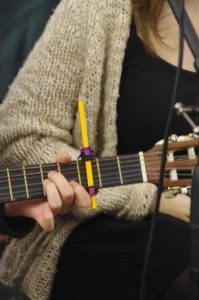 Our headliner for this event was Jessie Godwin who played guitar and sang two perfect First Aid Kit covers, Wolf and Emmylou, before closing the event with a moving encore in Leonard Cohen’s Hallelujah. 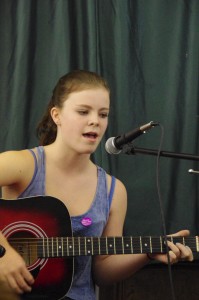 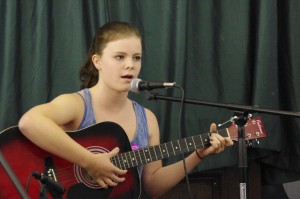 Then all performers posed for a photo to go to Plan along with their £130 raised form all the door money. 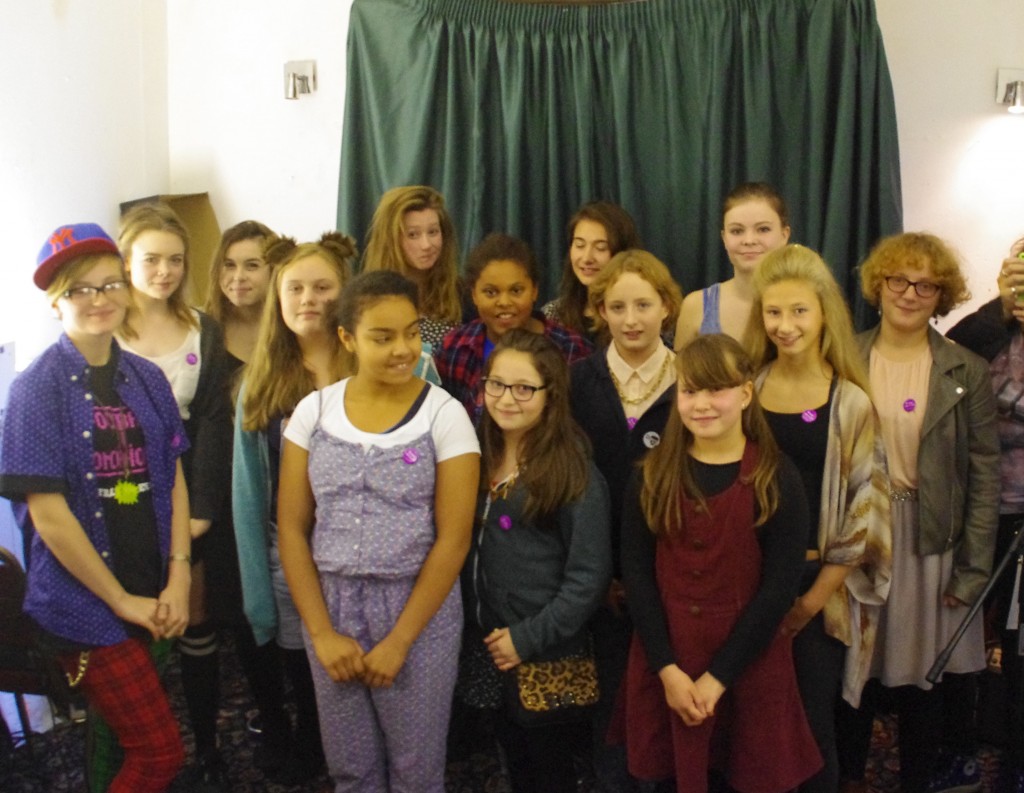 We wish to thank everyone who donated, played an instrument, sang, supported and helped us set-up, pack-up and collect money on the day.  Thanks to Pauline Hilton for taking these photos for us.